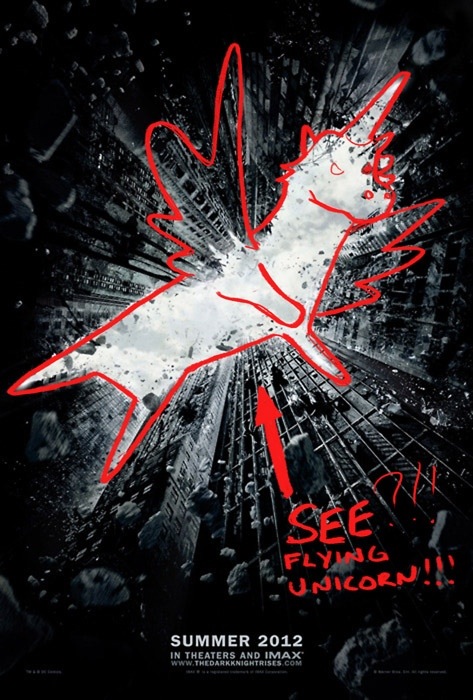 Greetings Space Cadets, this may be a couple of weeks late but here it is anyway. But I warn you this review may come across as completely random and disjointed. 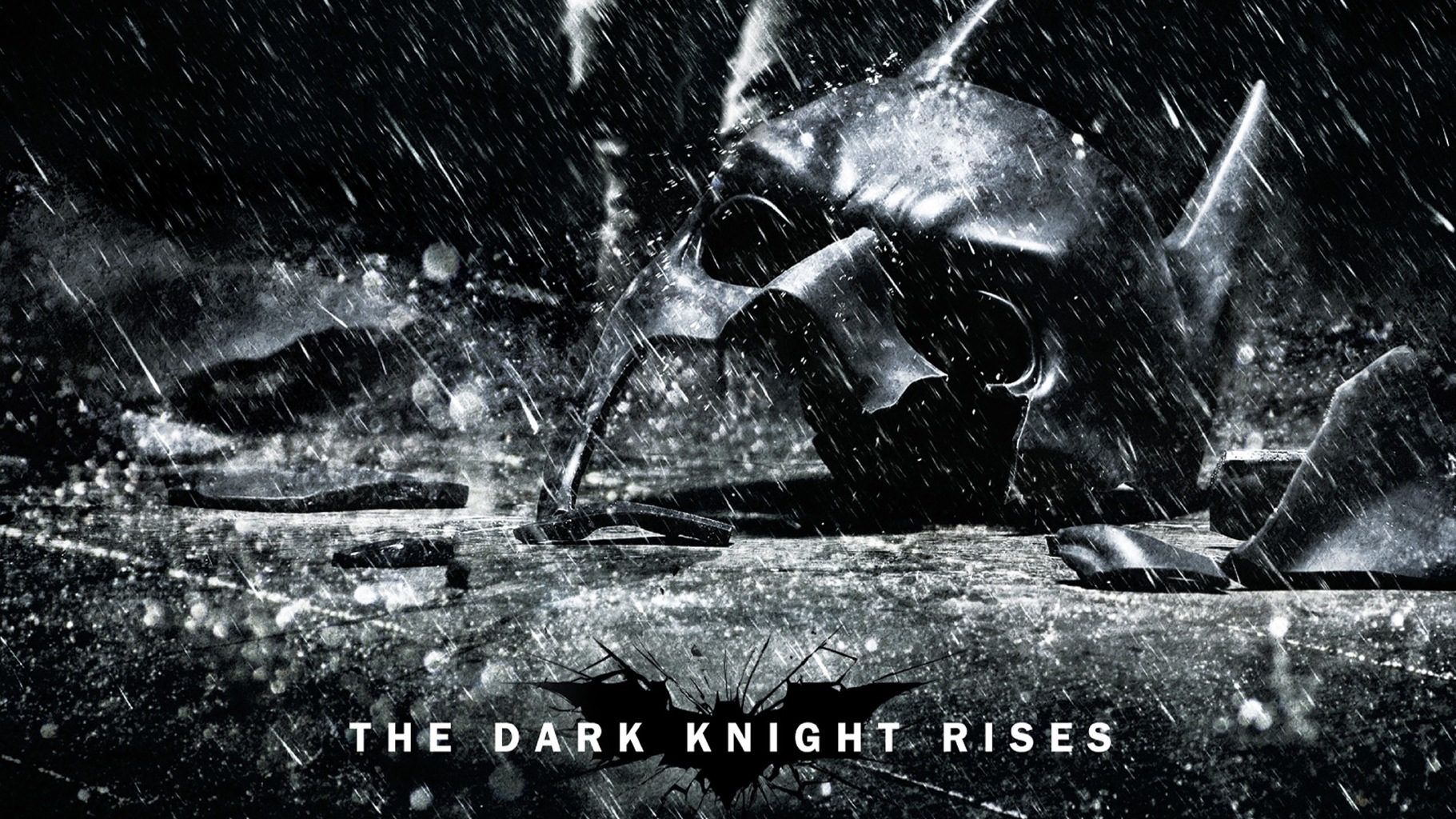 This movie was absolutely Fracking Awesome. My Padawan read in a magazine go find the biggest screen you can to see this movie on. So we did. We loaded up for a road trip from Tynemouth to the Odeon iMAX in Manchester. We had planed to make this trip after the The Dark Knight was released, as I had gone to the Manchester iMAX before to see Transformers 2, and was very impressed with the screen. We do have a iMAX in our are but the Manchester Screen is Simply EPIC at 8 stories high. I found this photo on another website but I will take my own after The Hobbit expedition to Manchester later in the year. 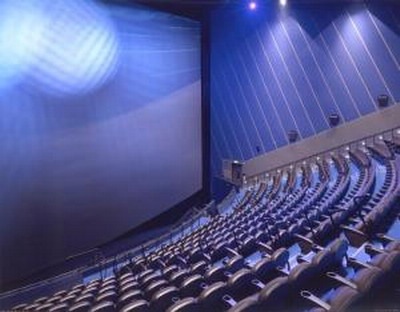 So back to the movie and Christopher Nolan does not disappoint. His is a epic conclusion to this trilogy that has brought us from the origins or beginnings of Batman, to experiencing Batman, to ending Batman. One thing you will note in this movie is that Batman is quite absent for quite a chunk. It starts off with and injured Bruce Wayne. I don’t know maybe I missed something, but where did he get them from, was it from the fall fighting Harvey Dent, or something that happened in the years between The Dark Knight and The Dark Knight Rise, I don’t know I missed something, I was probably distracted by boobs or something. Speaking of which there are some scenes in the movie with Marion Cotillard who plays Ra’s al Ghul’s daughter where all that popped through my mind was B(.)(.)B’s as some shots make it look like she has an awesome pair. And Anne Hathaway who i have never thought of as that attractive but all leathered up as Catwoman and throw in some over the top bending and some awesome camera angles and she is indeed ‘Ass-Hot Spankable’. 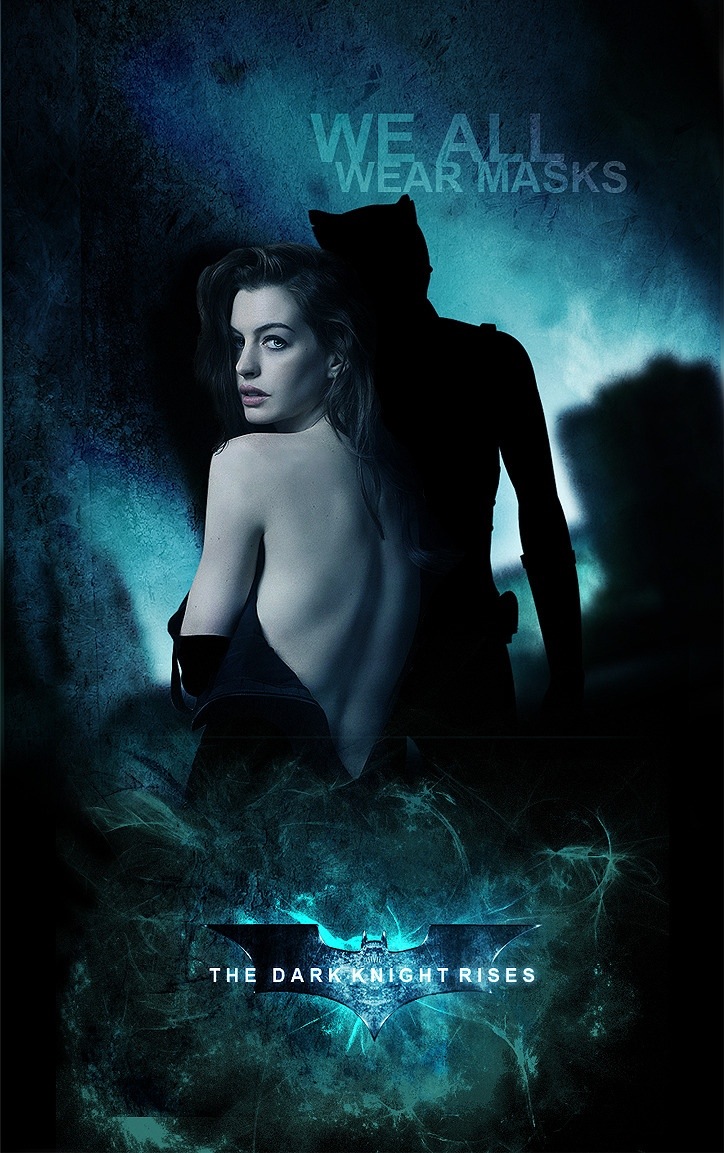 More on casting, Christopher Nolan seams to like working with the same team of actors across movies, and whenever I see Joseph Gordon-Levitt I still see him in 3rd Rock From The Sun, but I hope to see him popping up in more movies has he has been over the past couple of years. And now one of my favorites, Tom Hardy who you may remember as Shinzon, in Star Trek Nemesis and Bronson in, Bronson, and now as Bane who is thankfully not a flowerpot idiot as showed in one of the two Batman movies that we will not discuss or acknowledge they ever happened. This Bane is focused, unrelenting, providing a real nemesis for Batman, and who technically did defeat Batman in every encounter. If not for other outside interventions Batman would be dead and Gotham would be sacked. 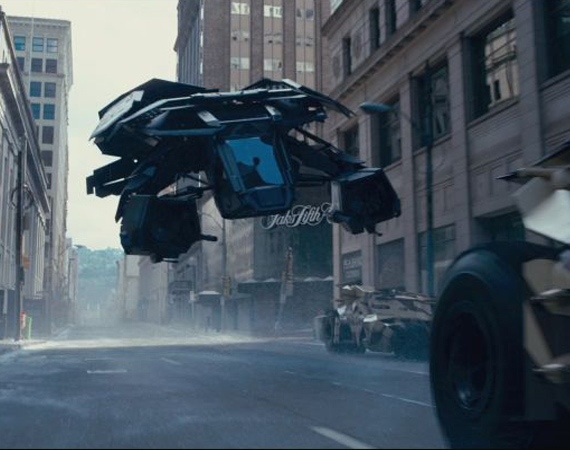 Lucius Fox: I call him The Bat, and yes Mr. Wayne it does come in black.

Batman’s got some new toys for this movie with what is clearly a flying Tumbler. From a engineering standpoint I would be very curious to see if this design actually works, with double rotters enclosed beneath. Is the design from fantasy or is there an actual working model at the time I am writing this I don’t know but will research. Similarly the Batpod, wheels and frame can spin in independently, stably allowing the Batpod to corner tightly at speed, a can since a scale models in my night shift future. There is also and the little gadget that I want, his little EM disruptor that he uses to knock out lights and cameras, it’s like a multidirectional burst version of Hardison’s ins Leverage. I could have some fun at work with that.

Visually the movie is stunning, especially with the addition of the iMAX scenes, and seen on the Epic Manchester screen it encompasses almost your whole field of vision, making the action seem all the more real. I could almost feel myself moving as some of the scenes played out, like when the plain dropped in the spectacular opening sequence. When iMAX is done right who need a Disney ride. The game sequence that sees the stadiums playing field somewhat renovated is equally beautiful, but did any one else spot the ‘Ass-Hot Spankable’ red head in the crowds. Distracted by B(.)(.)B’s again I don’t know how I get any work done. I think looking at the credits it must have been Emily Schooley who is credited as Hot Football Fan but only the Blu-ray will tell. 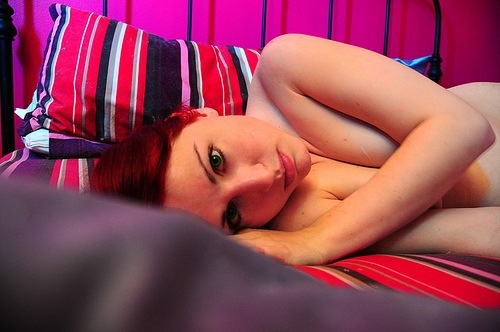 My Padawan and I discussed after the movie that out of the entire movies there was only 4 second that we both did not like and that was Marion Cotillard’s death. The acting for this brief moment was like that of a cheeses, cheap 4pm movie on the Horror Channel. But we can allow Christopher Nolan this tiny oversight. Given the final moments of the movies, uncovering that Joseph Gordon-Levitt or Blake is called Robin, and his being lead to the Batcave, does this mean a spin off Robin movie or will he take up the mantel of Batman if the kids in the shelter that they open in Wayne Manor don’t find the Batcave first. Time will tell but whoever tried to do the enviable Reboot that studios are so fond of is simply screwed if they think that can beat Christopher Nolan, it has the potential to be a career ender for whoever tries it. Maybe, Joss Wheadon’s Batman the Musical. But if there is a sequel or spinoff I want to see some OCD labeling.

I’m going to wrap this up because my head is swimming with way to much I want to say about this movie and the iPad autocorrect is really hacking me off. Simply get your selfs to the biggest screen you can find and watch it, now. Then all you have to do is wait for the Blu-ray to come out and with a bit of luck it will have some special features. Or even a commented or three. I’ll so a little review on that then it comes out, and hopefully it will not be as disjointed and random as this, no promises 🙂

PS
Did any one find Batman’s flying unicorn…

The Dark Knight Rises Reviewed by DR Ravenholm on August 16, 2012 .

Greetings Space Cadets, this may be a couple of weeks late but here it is anyway. But I warn you this review may come across as completely random and disjointed. This movie was absolutely Fracking Awesome. My Padawan read in a magazine go find the biggest screen you can to see this movie on. So […]

Greetings Space Cadets, this may be a couple of weeks late but here it is anyway. But I warn you this review may come across as completely random and disjointed. This movie was absolutely Fracking Awesome. My Padawan read in a magazine go find the biggest screen you can to see this movie on. So […]

A Night of Chaos in Splitgate

Are We Still Playing This! Fall Guys: Ultimate Knockout

Can We Survive A Perilous Voyage Across The Vast Sea! In Raft

Hunting on the Revontuli Coast in theHunter: Call of the Wild

Exploring on the Revontuli Coast in theHunter: Call of the Wild