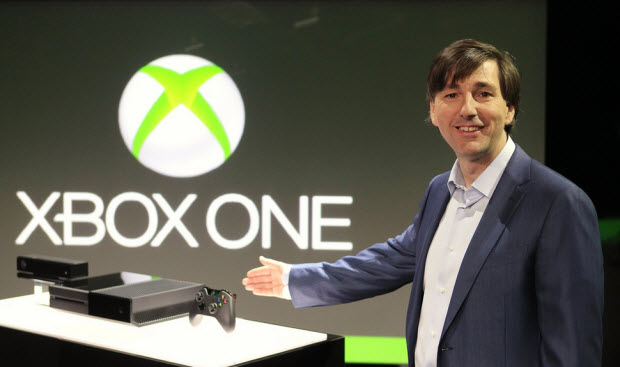 Greetings Space Cadets, I was going to post his yesterday but was so tired after getting back from seeing Man Of Steel I fell asleep at my iPad. 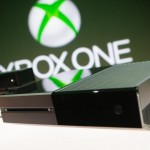 After weeks of bad press, bad PR, Sony slamming Microsoft at E3 last week and the 5:1 PS4:Xbox One pre-order sales over there controversial DRM policy Microsoft’s President, Interactive Entertainment Business Don Mattrick made a statement on news.xbox.com reversing the choices they made, you can see the complete statement at the bottom of this post.

As I said in a post the other day trading games and perching used games is not something I do and had no effect on me but I know that this is one feature that majority of games wanted and they are right that the gamer has the right to choose what they do with the game they have spent their hard eared money on, and if after 6 months, a year, whatever you should have the right to give or trade that game to some else, of let e friend borrow it.

Another awesome point to come out of this is they have removed region locks so a console purchased anywhere and play a game purchased from anywhere else, this is awesome as not all games are released worldwide and potentially opens up the world parked for importing games all over the world.

Kinect, I didn’t want to talk Kinect as I really don’t see what all the fuss about it is, it’s part of the system if you don’t want to use it of course there is a option to shut it off, and if you’re really nuts/simple just put it behind your TV where it can tell Microsoft how much you don’t dust because you’re playing games all the time, or put a box over it will go well with your tinfoil hat. 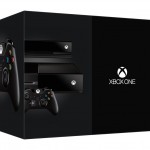 Microsoft have also confirmed that there will be no 24 hour online check in or connection of any type save a onetime connection during initial setup to patch the changes, I would imagine in later production runs this will not be necessary as it will be in the master image file installed at the factory.

This last one had lead Microsoft to have to remove some features like not needing the disc after you install it you will now need to keep the disc in the tray when you play, your physical disks will no longer follow you in the cloud (I hate the cloud term), and the Family/Superfriend sharing system is gone as. Lots of people are now complaining about this now but from some reports I have now read it sees the family sharing system was not what we thought as it was a 30-60 minuet demo mode that took you to the market place after the time had expired, but this is unconfirmed, but listening the Major Nelson in the Angry Joe show interview it is probable as it referred to it as your friend ‘checking out’ your games. People are also now saying that he 24 hour check-in was part of the DRM system, of courses it was as a Network Engineer I could see that from day one. But I think you could have this system back and not requiring the disc easily, and I will talk about my Xbox One DRM dream here but for now here is Don Mattrick’s statement. 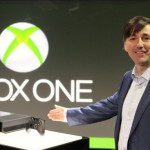 Last week at E3, the excitement, creativity and future of our industry was on display for a global audience.
For us, the future comes in the form of Xbox One, a system designed to be the best place to play games this year and for many years to come. As is our heritage with Xbox, we designed a system that could take full advantage of advances in technology in order to deliver a breakthrough in game play and entertainment. We imagined a new set of benefits such as easier roaming, family sharing, and new ways to try and buy games. We believe in the benefits of a connected, digital future.

Since unveiling our plans for Xbox One, my team and I have heard directly from many of you, read your comments and listened to your feedback. I would like to take the opportunity today to thank you for your assistance in helping us to reshape the future of Xbox One.

You told us how much you loved the flexibility you have today with games delivered on disc. The ability to lend, share, and resell these games at your discretion is of incredible importance to you. Also important to you is the freedom to play offline, for any length of time, anywhere in the world.

So, today I am announcing the following changes to Xbox One and how you can play, share, lend, and resell your games exactly as you do today on Xbox 360. Here is what that means:

In addition to buying a disc from a retailer, you can also download games from Xbox Live on day of release. If you choose to download your games, you will be able to play them offline just like you do today. Xbox One games will be playable on any Xbox One console — there will be no regional restrictions.

These changes will impact some of the scenarios we previously announced for Xbox One. The sharing of games will work as it does today, you will simply share the disc. Downloaded titles cannot be shared or resold. Also, similar to today, playing disc based games will require that the disc be in the tray.

We appreciate your passion, support and willingness to challenge the assumptions of digital licensing and connectivity. While we believe that the majority of people will play games online and access the cloud for both games and entertainment, we will give consumers the choice of both physical and digital content. We have listened and we have heard loud and clear from your feedback that you want the best of both worlds.

Thank you again for your candid feedback. Our team remains committed to listening, taking feedback and delivering a great product for you later this year.