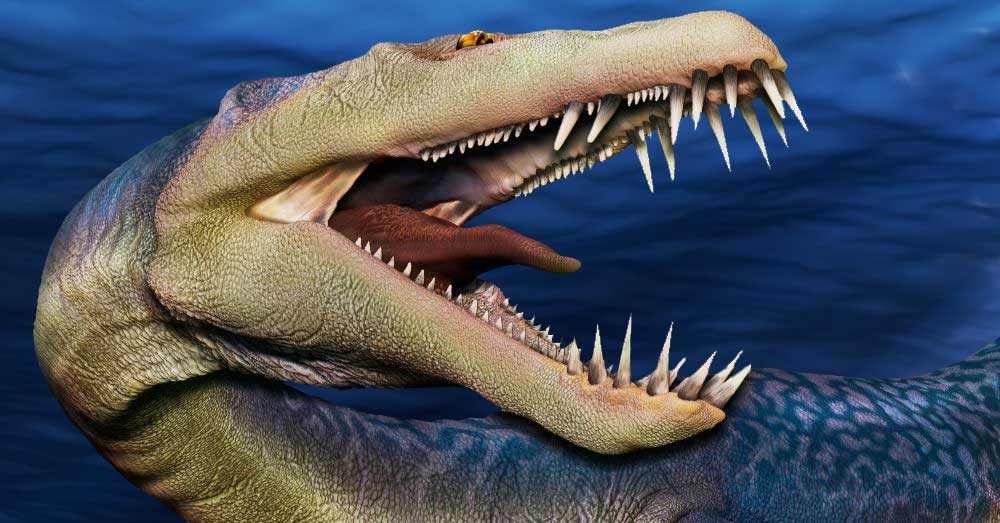 Swimming in the ocean is pretty fun, right? The sun, water, 50 foot long carnivorous creatures that eat the sh*t out of sharks … well, not anymore. It turns out we’re living in a pretty friendly time for the seas, as the oceans used to be filled with fearsome beasts unlike anything remaining on planet Earth. What are we scared of now? Shamu? No sea creature alive comes close to the terror unleashed by these seven prehistoric beasts. Enjoy.

Nothosaurus was a semi-oceanic animal, which means it could eat you both in the water and on land. They were 13 feet long and snuck up on their prey, attacking with a burst of speed and devouring them with needle teeth. Feeling lucky you didn’t live 240-210 million years ago? 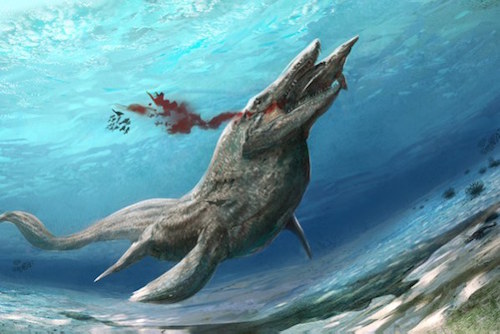 Oh man. The Tylosaurus — 50 feet (15 m) long, a hunter of sharks, birds, plesiosaurs, smaller mosasaurs — these terrifying hunters dominated the seas for millions of years. Tylosaurus was a marine lizard, which makes him about five times bigger than the largest living lizard, the komodo dragon, and about 500 times bigger than the average lizard running around the planet these days. I have a feeling scuba diving wouldn’t even be a thing if Tylosaurus was still around.

Thalattoarchon Saurophagis, or T-Saur as they liked to be known, were school bus-sized ichthyosaurs who hunted all kinds of marine life with their four-inch-long pointy teeth. Doesn’t he look happy to be murdering that cute little whatever it is in this picture? Too happy. It’s creepy. T-Saur was such a tough b*tch that they dominated the seas only five million years after the worst mass extinction in the history of the world, where 95% of marine animals died from massive volcanic activity. 5 million years is like 5 minutes in evolutionary terms, which makes T-Saur even more impressive and terrifying, like the 30 foot long, swimming, sharp-toothed cockroaches of the Triassic. 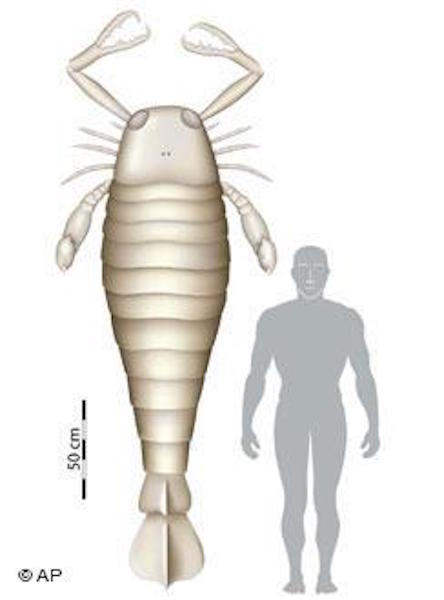 The Giant Sea Scorpion, or Jaekelopterus Rhenanieae for short, was actually a lake and river creature, but I’m including it because heck, it swam in the water and was terrifying. The name “scorpion” is a misnomer though, as Jaekelopterus was actually the biggest bug we know of, measuring eight feet long with claws the size of a grown man’s head. I actually like bugs but I think even I would scream like a little b*tch if I saw this creep. 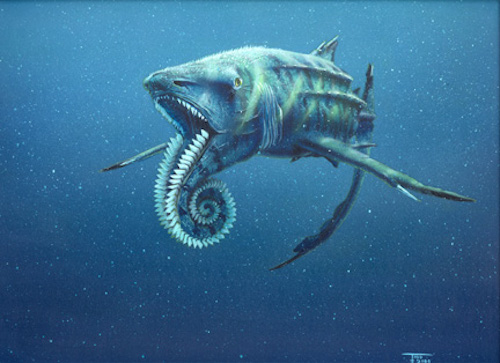 What the helicoprion?! This 290-250 million-year-old nightmare had 150 teeth and was constantly generating new teeth and shoving the old teeth to the back. Because, you know, he felt like he didn’t have enough teeth already. 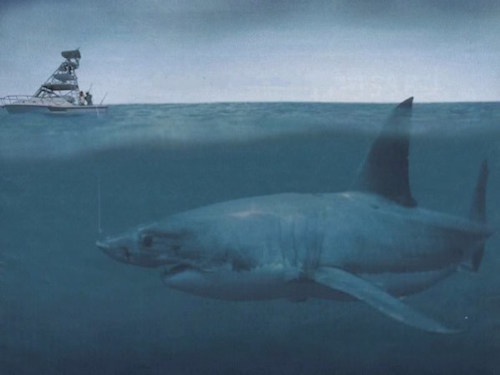 Megalodon is basically Jaws, but bigger. While the great white sharks alive today can only grow to a paltry maximum of 20 feet (6m) long, Megalodons could grow to 65 feet (20m). That’s right, a SIXTY FOOT SHARK. They only went extinct 1.5 million years ago, which is basically nothing, so be glad they aren’t around anymore or snorkeling would be a lot less fun. 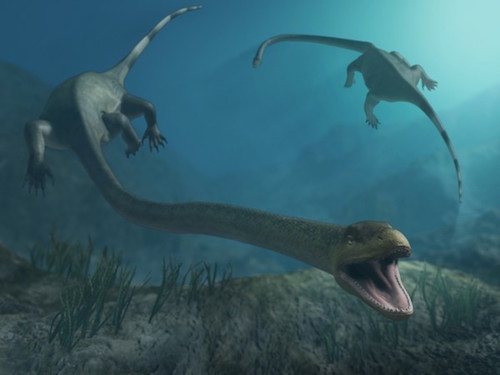 Can you imagine this freaking face coming after you on a nice day on the beach? And to add to the terror, Tanystropheus did not have to stay in the water and could easily chase you all the way to your beach house to murder you there. 20 feet (6m) long, this dude was half neck and terrorized Europe, the Middle East, and China 232 million years ago, long before the days of spring break trips to the ocean. 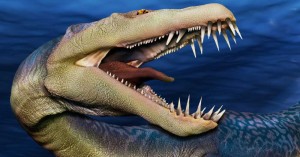 This is only the tip of the iceberg of the terrifying creatures who used to haunt our seas, so if you think of nothing today, think of how lucky you are to be living in 2015. It’s a good time to be alive. Which of these underwater are going to give you nightmares tonight? Leave a comment!

Swimming in the ocean is pretty fun, right? The sun, water, 50 foot long carnivorous creatures that eat the sh*t out of sharks … well, not anymore. It turns out we’re living in a pretty friendly time for the seas, as the oceans used to be filled with fearsome beasts unlike anything remaining on planet […]

Swimming in the ocean is pretty fun, right? The sun, water, 50 foot long carnivorous creatures that eat the sh*t out of sharks … well, not anymore. It turns out we’re living in a pretty friendly time for the seas, as the oceans used to be filled with fearsome beasts unlike anything remaining on planet […]