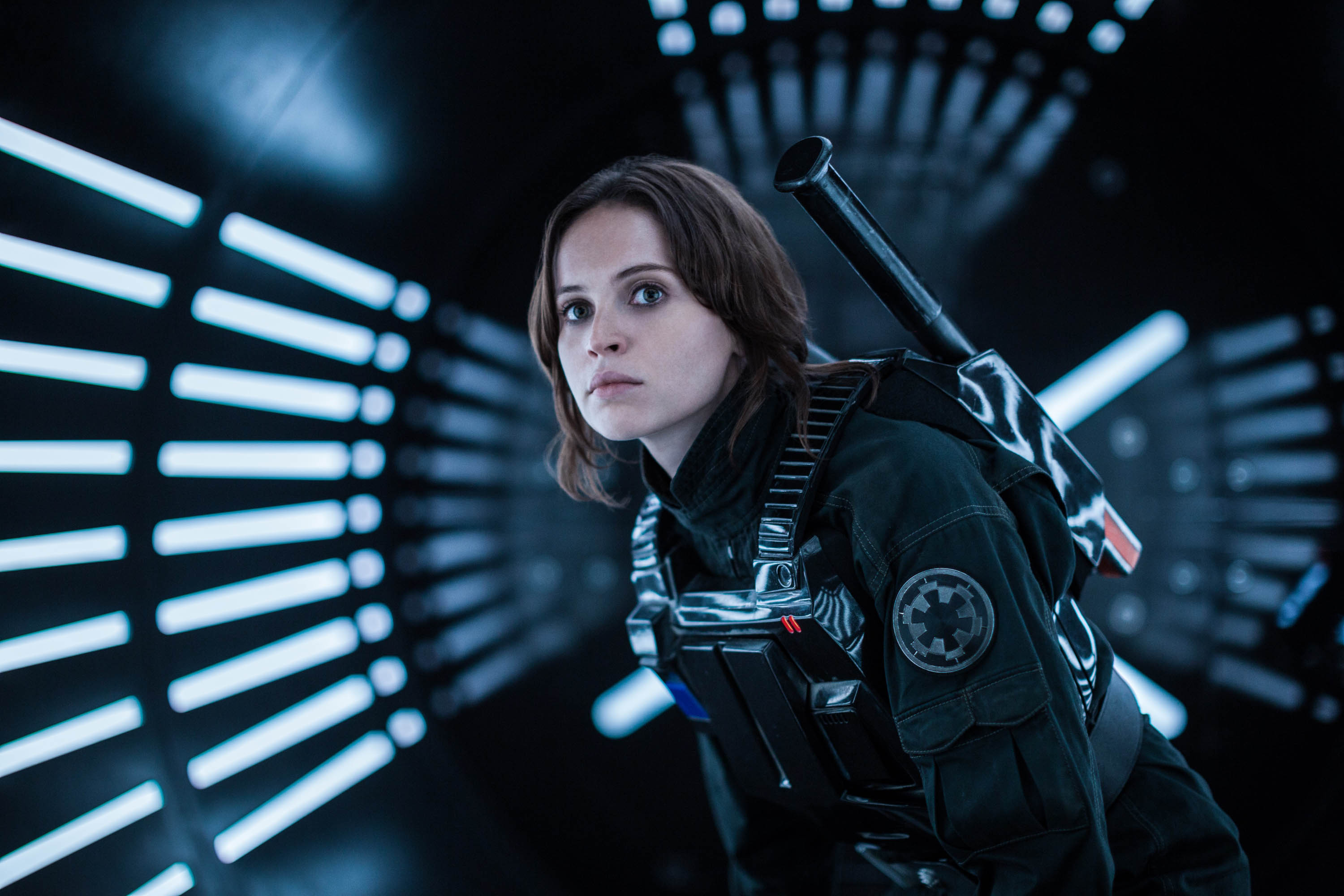 We’re a mere three weeks away from Rogue One arriving on DVD and Blu Ray, out April 4th. But yet, here we are once again. Talking about the (now infamous) Rogue One reshoots.

Last summer, Rogue One went through extensive reshoots for ~unknown reasons~. There was a lot of panic and confusion surrounding the reshoots, because, STAR WARS! When Rogue One was released this past holiday season — thought it wasn’t confirmed at the time — audience members were able to piece together what had been reworked for the movie’s release. Looking at early trailers for the film, and the finished version, it became clear that the third act of the movie was completely redone.

And this assumption — true!

Talking to /Film, Rogue One’s director, Gareth Edwards, explained that yes, the third act of the film was completely reshot. As we’ve already figured out (and these are spoilers, but also COME ON), originally Jyn and Cassian got the plans for the Death Star in one building, and they have to a race to another building to get to the satellite tower. This caused them to run across the Scarif beach, something we never see.

YOU KNOW, THIS MIA SCENE FROM THE TRAILERS:

The ultimate reason this scene was cut, and subsequently prompted Rogue One to be reworked? It was too long.

“What used to happen, and you can get a sense of this in the early trailers, the transmission tower for the plans was separate from the main base on Scarif,” Gareth explains. “To transmit the plans, they had to escape and run along the beach and go up the tower. In cutting the film, it just felt too long.”

“We had to find ways to compress the third act, which was quite long as it was. And one real, fast, brutal solution was to put the tower in the base, so they don’t have to run across the beach and do all of that stuff to get there. That became a decision that eliminated the shots you see in the trailer of the back of Cassian and Jyn and the AT-ATs. That was some of the reinvention that happened. It was all to do with compression.”

Okay, okay, makes sense. But considering that the third act of Rogue One was hands-down one of the most heart-pounding acts of any Star Wars movie, honestly none of us would have probably minded much if it went on for just a tad big longer…

“We’ve all sat in a movie and even if you love a film, there’s that moment where you want to look at your watch, or you feel like ‘Okay, I hope it ends soon,” he continues. “You don’t want the audience thinking that. You don’t want them to lag. If you feel that when you watch something back, you need to find a way to tighten it somewhere. That was a big win for a compression.”

So in the end, the Rogue One reshoots were all due to the timing of the movie. With that being said, the original third act was still shot, and it’s somewhere out there, probably in some Disney vault labeled “STAR WARS.” Might we ever see it?

“That’s a decision way above me! I don’t think there’s any plans to do it,” Gareth states.

There’s no harm in asking again, so get ready to be asked about the ~original~ Rogue One ending a billion times until the end of time, Disney and Lucasfilm.

Rogue One Director Reveals Why The Film Was Reshot Reviewed by DR Ravenholm on March 16, 2017 .

We’re a mere three weeks away from Rogue One arriving on DVD and Blu Ray, out April 4th. But yet, here we are once again. Talking about the (now infamous) Rogue One reshoots. Last summer, Rogue One went through extensive reshoots for ~unknown reasons~. There was a lot of panic and confusion surrounding the reshoots, […]

We’re a mere three weeks away from Rogue One arriving on DVD and Blu Ray, out April 4th. But yet, here we are once again. Talking about the (now infamous) Rogue One reshoots. Last summer, Rogue One went through extensive reshoots for ~unknown reasons~. There was a lot of panic and confusion surrounding the reshoots, […]

Portable VHS Delivery, The Entertainment Of The Future – Lake Episode 3