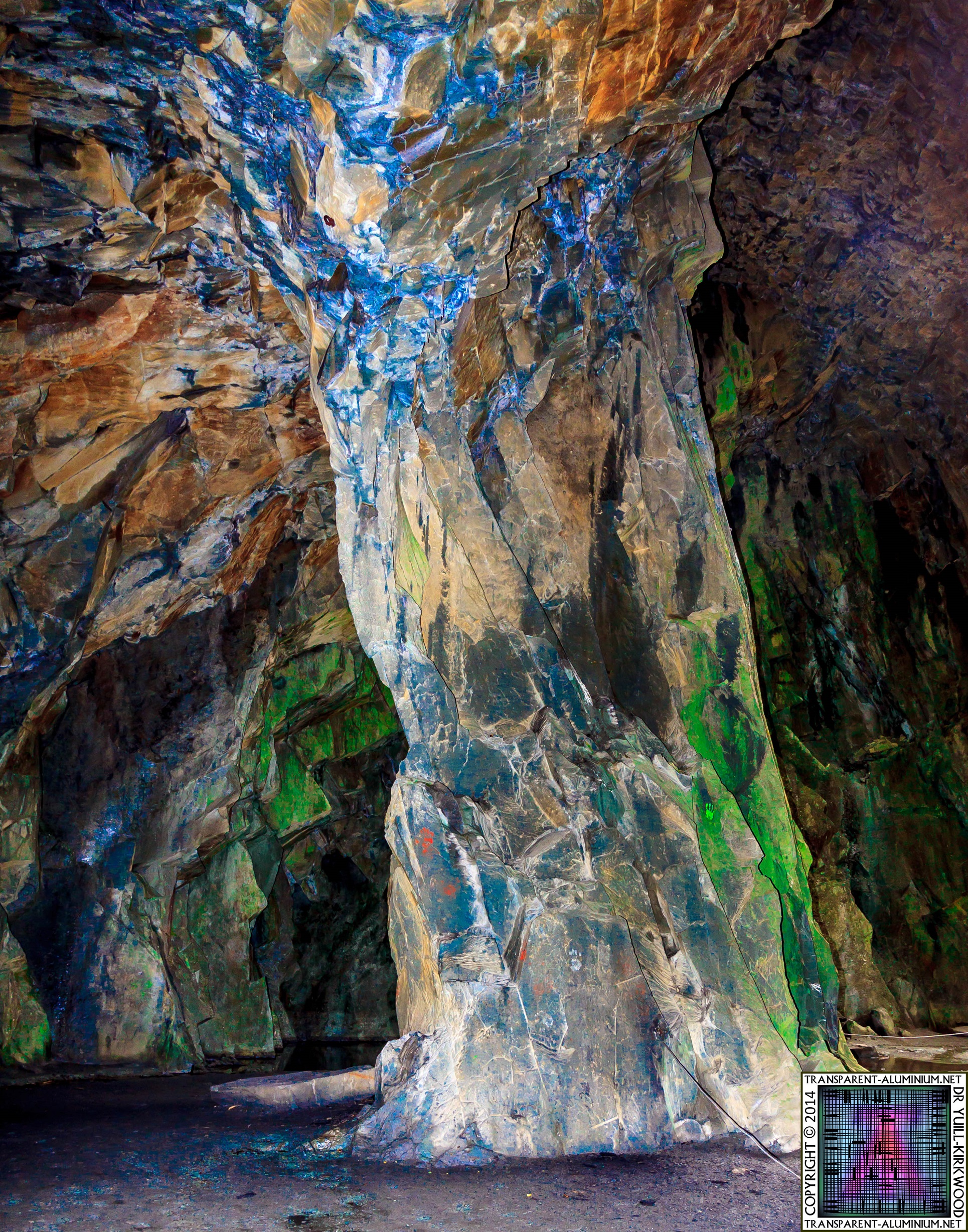 Greetings Space Cadets, here are some photos from my ill-fated expedition to the Lake District to take a look at Cathedral Cave. Thanks to TomTom and Google maps this trip almost ended in disaster when the maps had us driving downhill down a tiny little road, a road that according to the map lead to the cave, but when we got near the cave the road got worse. The last stretch before what the map showed as a bridge was completely uneven and tossed the car around and gave on closer inspection with my car up on the ramps we found my car a fresh dint on the underside of the body next to the door. But the was not the only problem, as I said earlier next was a bridge only it was not a bridge for car it was a narrow strip for walker and cyclists, and the road or track ran right in and through the river. There was no going back as there was no space and turn around and reversing miles along the tiny track that had already dinted my car was not an option. So we had to cross the river and at over a foot deep and over 15 meters across. We had warning lights flashing on the dash and once the water hit the engine steam shooting out from the sides of the bonnet. Lucky we made it the car never stopped or gave out but this was easily the most stressful driving experience I have ever had, and due to this once we got to the cave I was to stressed to setup for any proper photos and really just wanted to leave and go home, I even aborted the mission to take some Minions shots while there. So as a result these photos are not want I wanted to take so I decided play around with some of these photos to make them a little more interesting.

Now that that’s explained let’s talk a little about Cathedral Cave or Cathedral quarries located next to Little Langdale. It is a very small cave and basically is just one large forty foot high cavern with one supporting column in the centre holding up the roof. At the back there is an path that leads out to other areas but we did not follow it, and only spent about 15-20 minutes there, again due to the stress thinking about my car and that I didn’t like where I had parked it. One day I will return to the cave and take some proper photos, but for now take a look at these. I have also included some photos of the Slate Bridge that crosses the river just opposite the entrance to the cave. 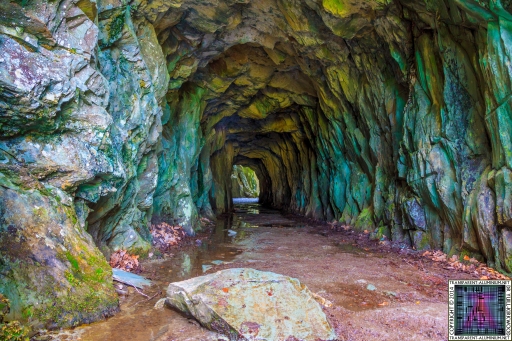 The Entrance to Cathedral Cave. 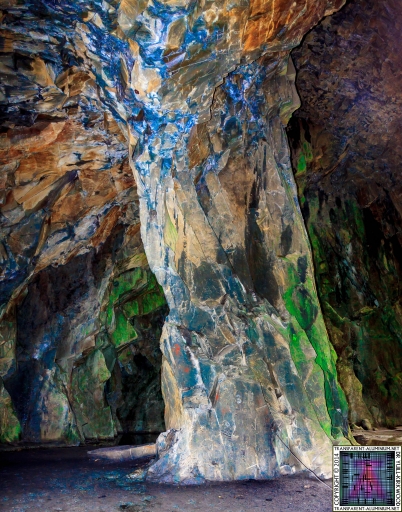 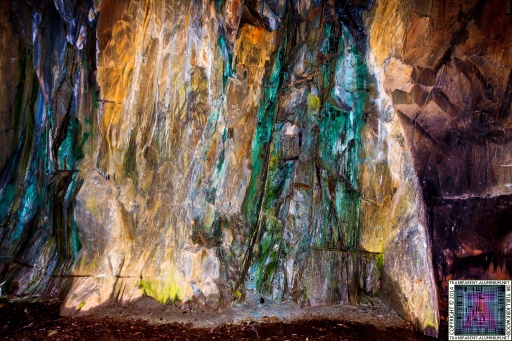 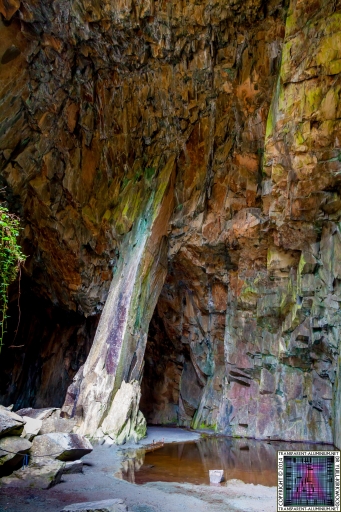 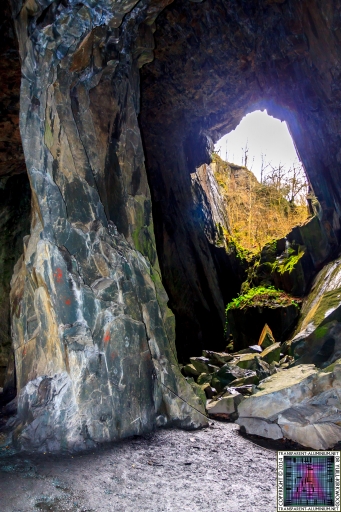 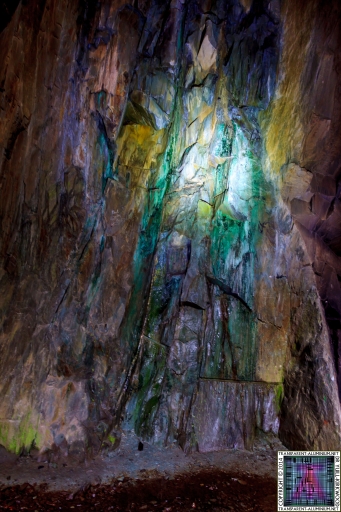 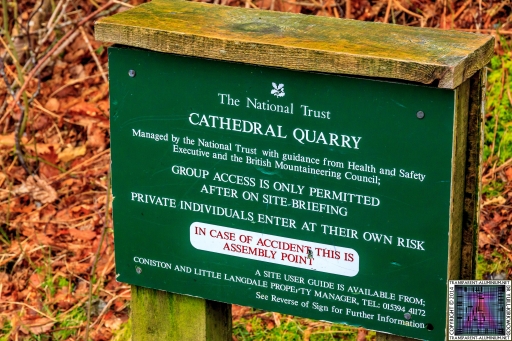 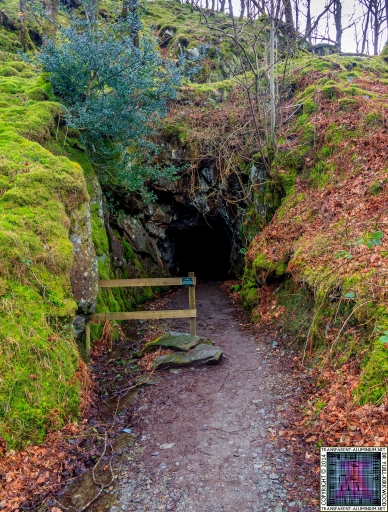 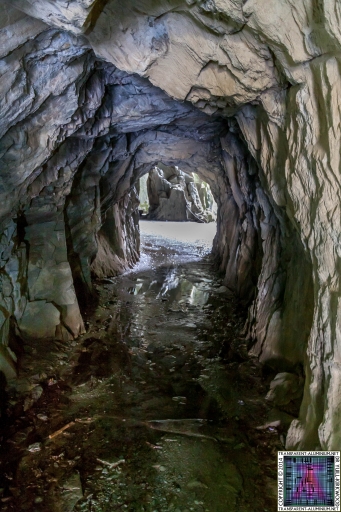 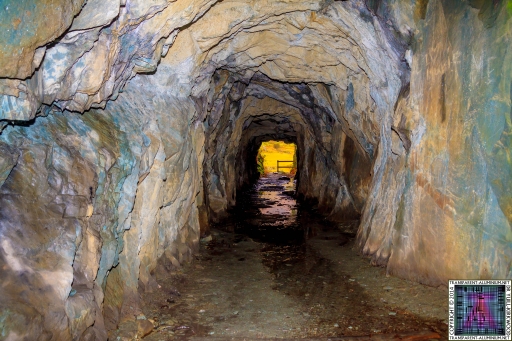 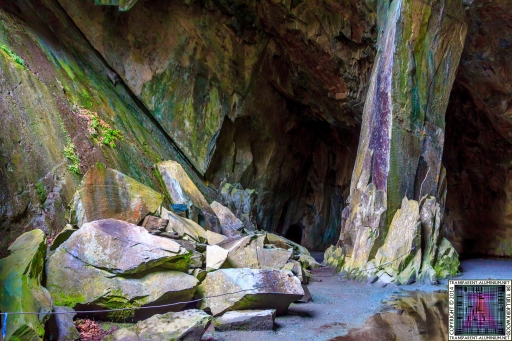 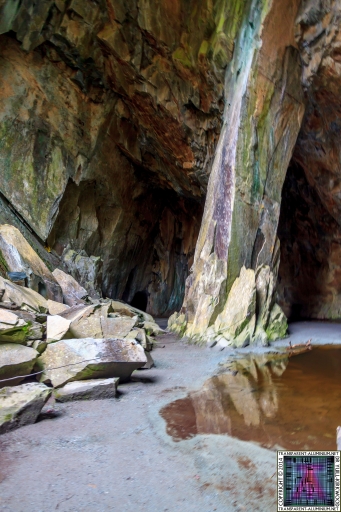 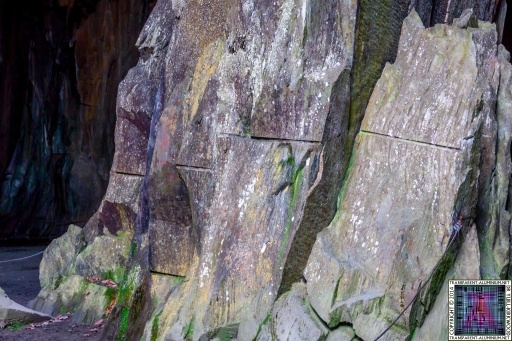 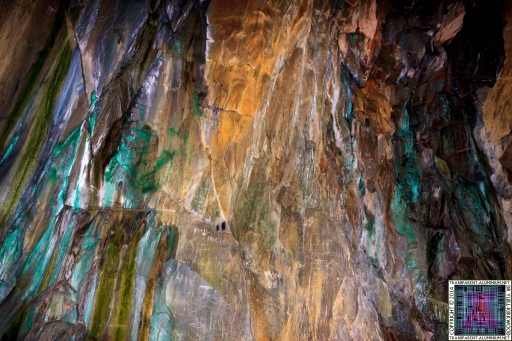 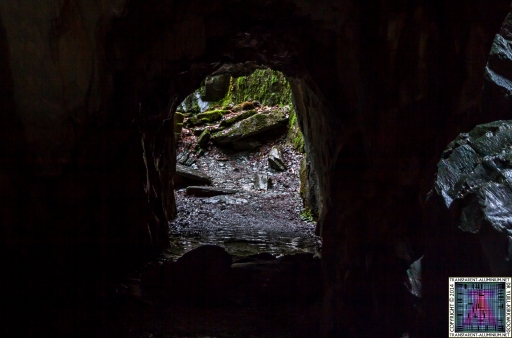 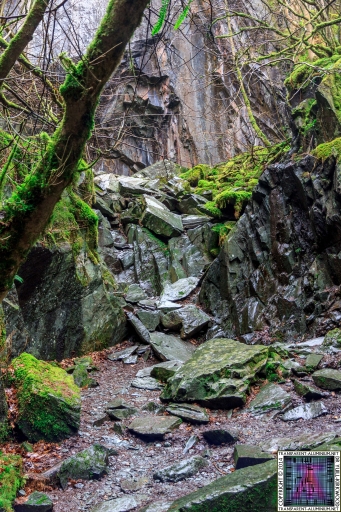 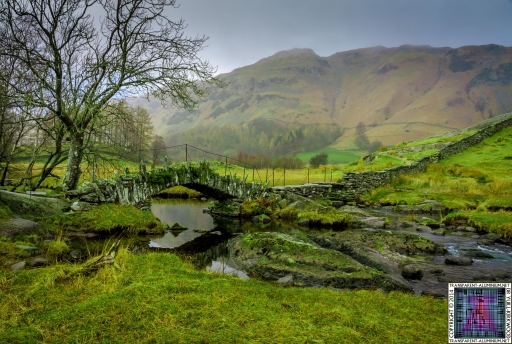 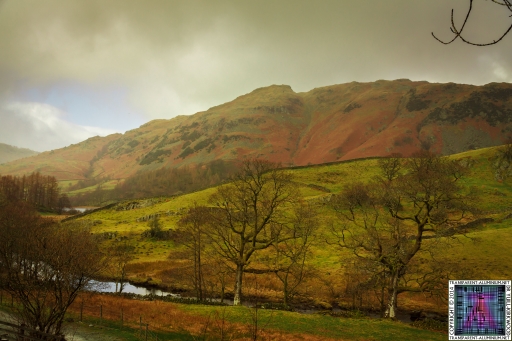 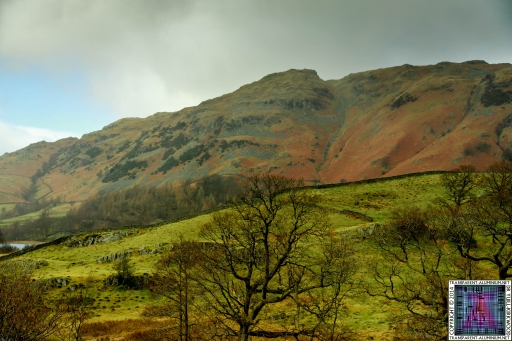 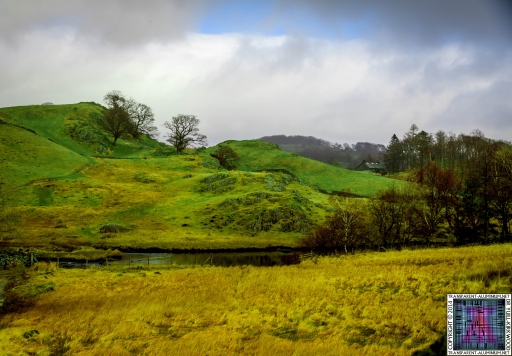