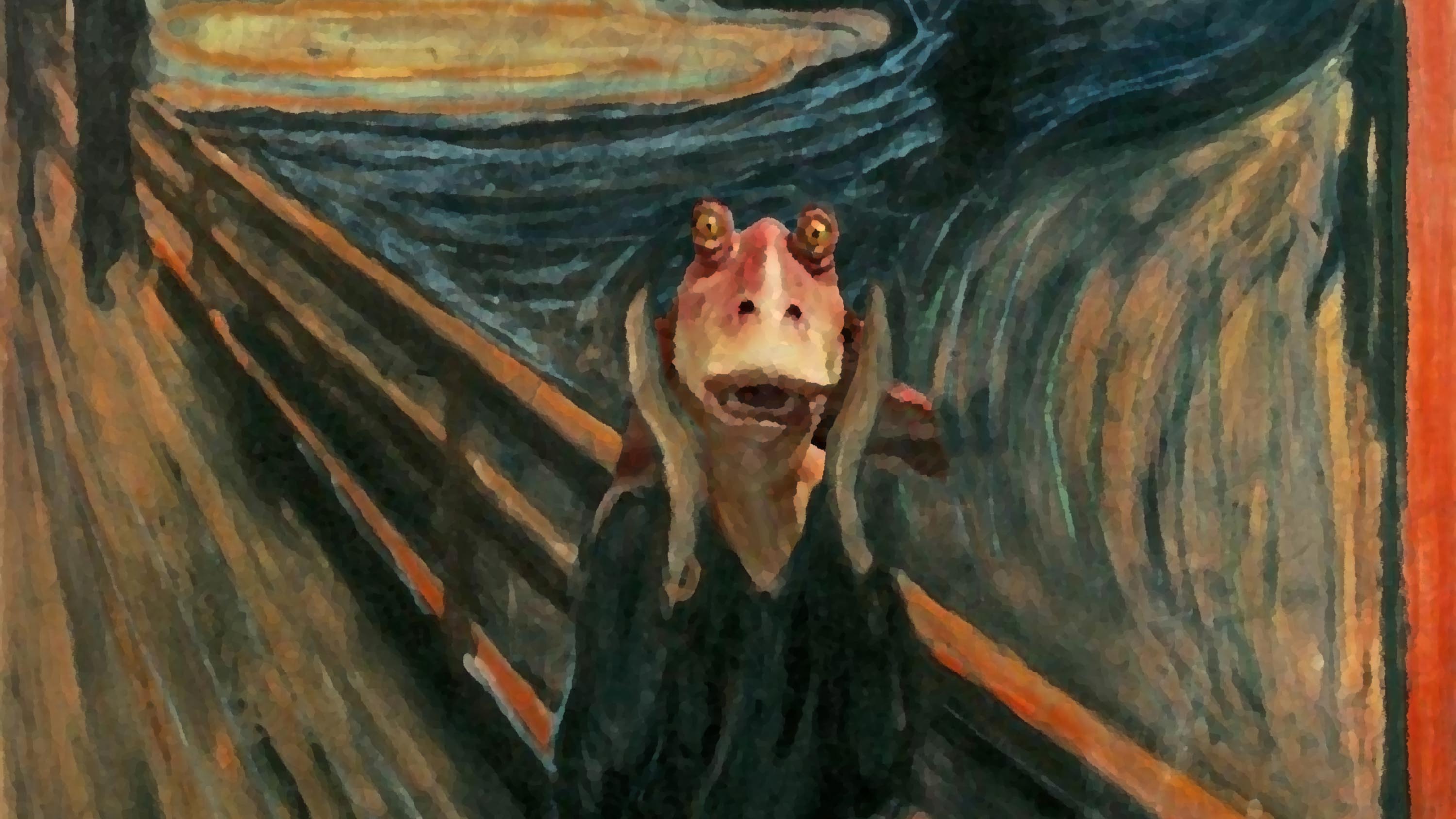 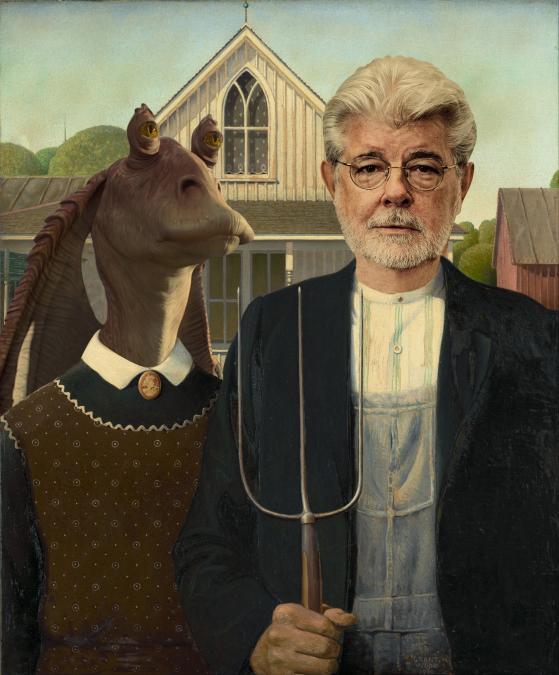 Greetings Space Cadets, All the debate can finally be laid to rest. We’re about to finally know what happened to Jar Jar Binks after Revenge of the Sith, and what he’s been doing since Return of the Jedi.

The answers will be revealed in Star Wars Aftermath: Empire’s End, the third part of Chuck Wendig’s canon trilogy or novels about what happened in the Star Wars galaxy after Return of the Jedi, due out next week. The previous two books have revealed a lot of things about what major characters were up to prior to The Force Awakens, but nothing prepared us for this.

If you haven’t read the books (they’re good), in addition to the main story, Wendig does “Interlude” chapters to show what’s happening in other corners of the galaxy after the fall of Darth Vader and the Empire. On page 92 of Empire’s End there’s an interlude called “Theed, Naboo” referring to the capital of the lush planet where Jar Jar had his first adventures with Obi-Wan Kenobi and Qui-Gon Jinn.

Since the book doesn’t come out until February 21, and some of you probably want to read it, we’re going to mark this as an official…

In the chapter, a young boy is walking around the city and runs into an old Gungan who is performing on the streets. The boy introduces himself to the creature and the creature responds “Meesa Jar Jar.” Jar Jar Binks has become a street performer.

Talking to the boy, Jar Jar explains that he’s “makin some uh-oh mistakens” in the past that led him here; mistakes that the world has harshly judged him for. (You know, like giving Supreme Chancellor Palpatine emergency orders without consulting his Senator which pretty much was the second rung on Palpatine’s rise to ultimate power.) 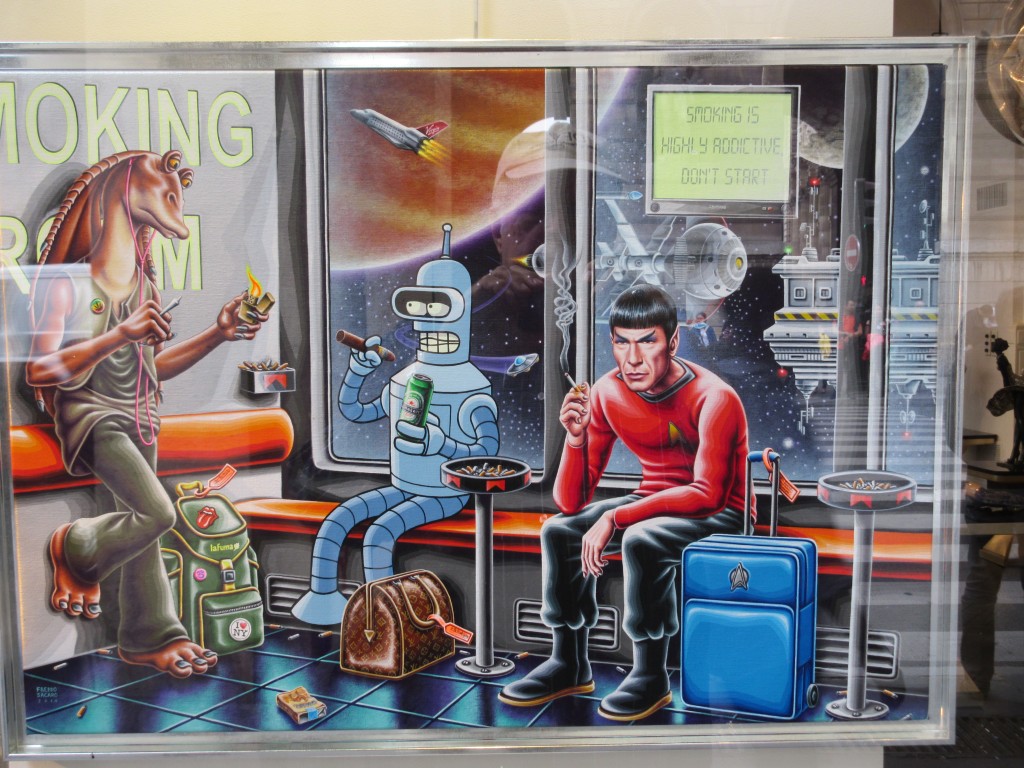 Here’s how Wendig sets it up before giving you the reveal of who the character is. It may be a satisfying closure for the hordes of people who have grown up hating the character, but it’s also truly sad:

Since children started coming in by the shipload as refugees, the Gungan has served them, performing for the kids once or twice a day. He does tricks. He juggles. He falls over and shakes his head as his eyes roll around inside their fleshy stalks. He makes goofy sounds and does strange little dances. Sometimes it’s the same performance, repeated. Sometimes the Gungan does different things, things you’ve never seen, thing’s you’ll never see again. Just a few days ago, he splashed into the fountain’s center, then pretended to have the streams shoot him way up in the air. He leapt straight up, then back down with a splash. And he leapt from compass point to compass point, back and forth, before finally conking his head on the edge and plopping down on his butt. Shaking his head. Tongue wagging. All the kids laughed. Then the Gungan laughed, too.

The clown, they called him “Bring the clown. We want to see the clown. We like it how he juggles glombo shells, or spits fish up in the air and catches them, or how he dances around and falls on his butt.”

The adults, though. They don’t say much about him. Or to him. And no other Gungans come to see him, either. Nobody even says his name.

The boy then asks him why that is. Why doesn’t anyone talk to him? Jar Jar responds:

“My no so sure.” The Gungan makes a hmm sound. “Mesa thinks it cause-o Jar Jar makin some uh-oh mistakens. Big mistakens. Der Gunga bosses banished me longo ago. Mesa no been to hom in for-ebbers. And desa hisen Naboo tink I help the uh-oh Empire.”
Finally, Jar Jar then offers to help the boy, who seems interested in becoming a clown. But then the book leaves him there, performing on the streets, banished and ignored by his people, with a glimmer of hope at a potential new friend. Can that be enough for Jar Jar haters? Has he paid for his actions?

Probably not. Aftermath Empire’s End is out February 21. We’ll have much more on it then. 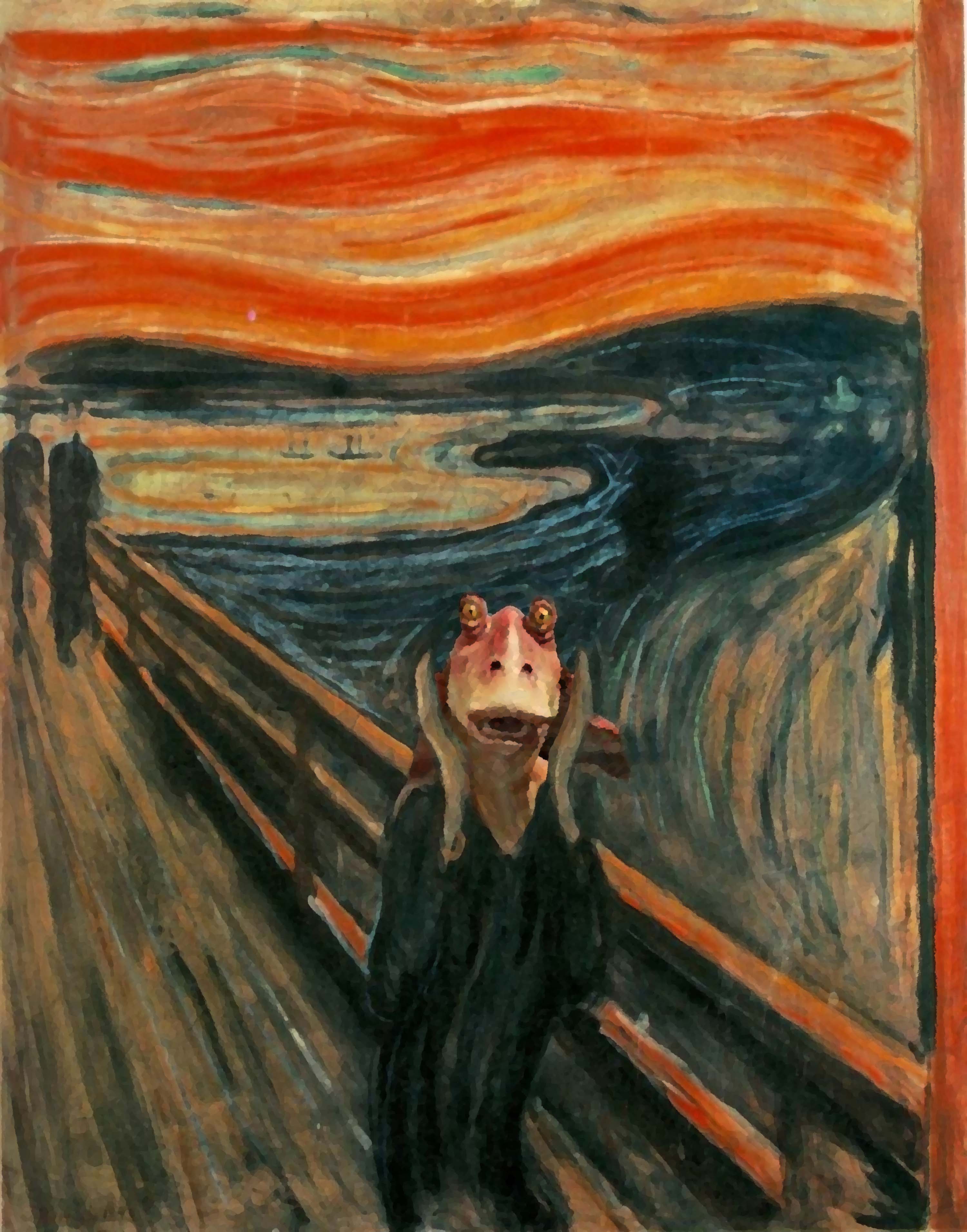 Greetings Space Cadets, All the debate can finally be laid to rest. We’re about to finally know what happened to Jar Jar Binks after Revenge of the Sith, and what he’s been doing since Return of the Jedi. The answers will be revealed in Star Wars Aftermath: Empire’s End, the third part of Chuck Wendig’s […]

Greetings Space Cadets, All the debate can finally be laid to rest. We’re about to finally know what happened to Jar Jar Binks after Revenge of the Sith, and what he’s been doing since Return of the Jedi. The answers will be revealed in Star Wars Aftermath: Empire’s End, the third part of Chuck Wendig’s […]